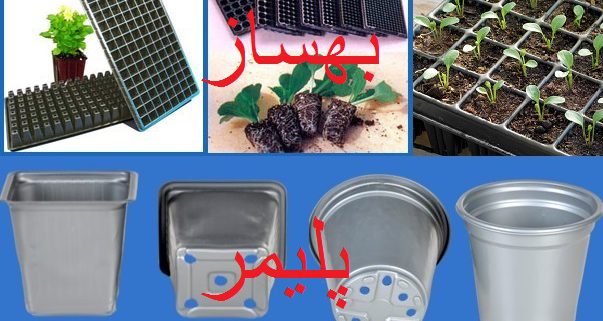 Agricultural transplant tray machine It is available in two models, semi-forming and thermoforming 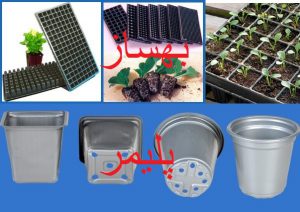 The first type: Seedling tray production machine Made of PS with semi-forming system

In the seedling tray production machine with the semi-forming system, the whole production line includes one machine, and this machine can produce trays only from PS polystyrene raw materials.

Also, this type of machine has the ability to produce two-layer two-color sheets,so the transplant tray can be produced in two colors.

In this machine, seedling tray containers Prepared and pre-produced from sheets and rolls Can be produced.

Transplant tray can be produced In this model of device In addition to the Polystyrene raw materials Made of PP polypropylene and PE polyethylene Also.

It should also be noted that the price of the plant for producing seedling tray containers with PS semi-forming system is lower and cheaper than the thermoforming model. So almost more than 90

Percentage Production seedling tray In Iran, it is made of PS 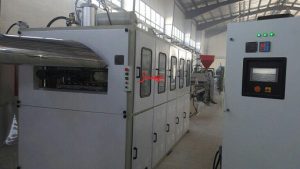 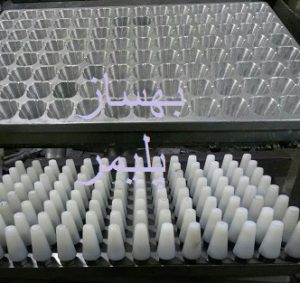 Also, in the above two models, only the planting tray is produced without holes, and in order to create holes, the punching machine must also be crushed, which if pressed

Punches can be ordered for drilling seedlings. 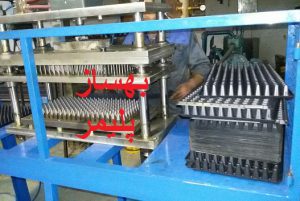 It is necessary to explain and note that among the manufacturers of the device in Iran, only 2 or 3 units have licenses and licenses for the operation of industrial and mining structures.Behsaz Polymer Industrial Group has been operating since 2000 under the operation license of the Industrial Organization

And also, unfortunately, most advertisers on the Internet are intermediaries as manufacturers of disposable tableware and do not have any license from the IndustrialDepartment and even choose a company name or brand to introduce their product is not registered in any office or organization.